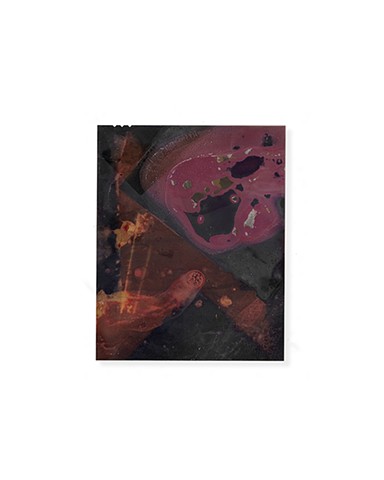 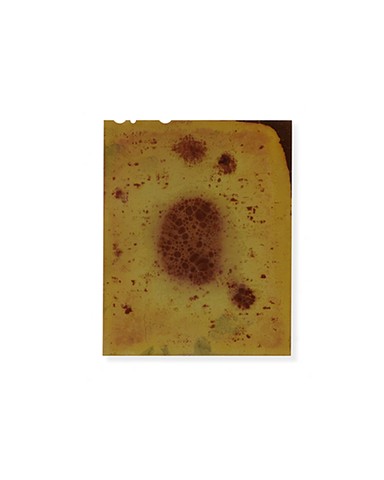 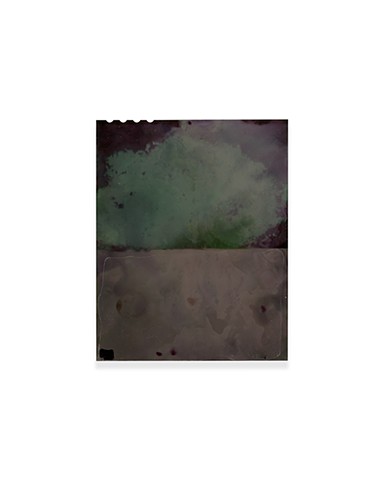 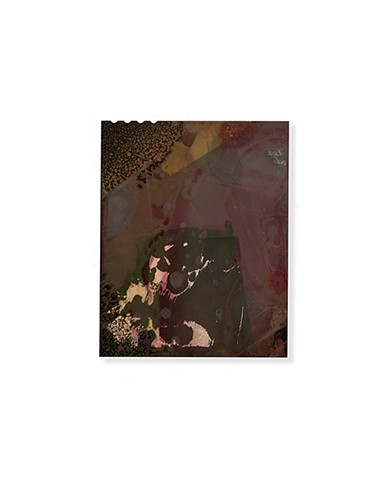 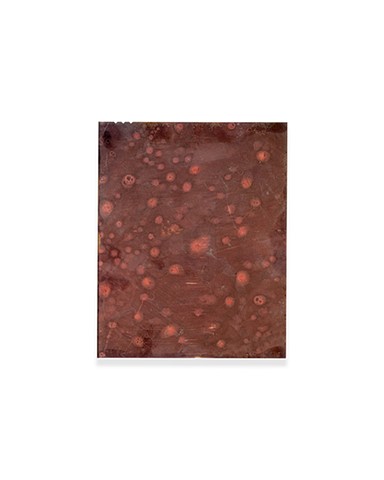 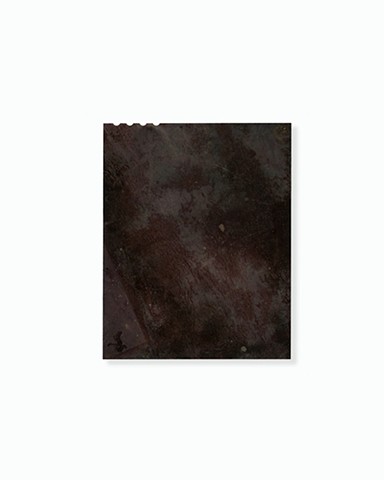 With my Anti Halation series, I utilize a layer of film that serves a practical purpose but ultimately becomes waste. Most 4x5 film is coated with a protective antihalation dye that prevents light scatter. This layer usually gets washed away during the development process but I activate the dye and manipulate it on the film’s surface to create “paintings”. The resulting imagery often looks like plates from scientific studies of cells or images of the cosmos. However, these pseudo micro and macro worlds, trapped within the 4”x5” dimensions of sheet film, are created through a cameraless process. The film never enters a camera and no exposures were ever made.